ONE: I am honored to be the January featured poet over at A Dozen Nothing. I’m especially excited to have these particular poems out in the world as they deal with some of the personal and political aftermath of last year’s election.

Thank you to editors Jeff & Pete for allowing the space for this work!

Check out the new work here. 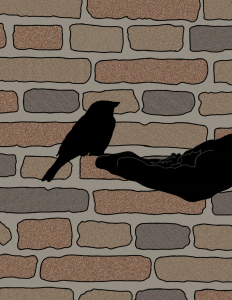 TWO: I want to officially announce the forthcoming release of Until We Are Level Again, my third full length poetry collection, to be published by Mongrel Empire Press later this Spring.

Thank you to editor Jeanetta Calhoun Mish for giving a home to this manuscript!

I’ll be sharing more news closer to publication. For now, here’s a peek at the cover art, a digital art piece by Ani Schreiber.

Happy new year to all of you!