A Sunset of the City – Gwendolyn Brooks

Already I am no longer looked at with lechery or love.
My daughters and sons have put me away with marbles and dolls,
Are gone from the house.
My husband and lovers are pleasant or somewhat polite
And night is night.

It is a real chill out,
The genuine thing.
I am not deceived, I do not think it is still summer
Because sun stays and birds continue to sing.

It is summer-gone that I see, it is summer-gone.
The sweet flowers indrying and dying down,
The grasses forgetting their blaze and consenting to brown.

It is a real chill out. The fall crisp comes
I am aware there is winter to heed.
There is no warm house
That is fitted with my need.

I am cold in this cold house this house
Whose washed echoes are tremulous down lost halls.
I am a woman, and dusty, standing among new affairs.
I am a woman who hurries through her prayers.

Tin intimations of a quiet core to be my
Desert and my dear relief
Come: there shall be such islanding from grief,
And small communion with the master shore.
Twang they. And I incline this ear to tin,
Consult a dual dilemma. Whether to dry
In humming pallor or to leap and die.

Somebody muffed it?? Somebody wanted to joke. 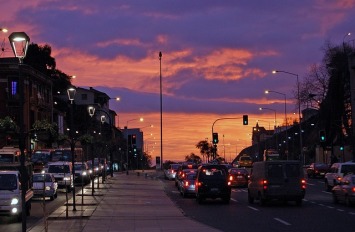 One of the things that always moves me about Gwendolyn Brooks’ work is her ability to strike emotional chords down to the level of language. This is done in the above poem subtly at the beginning, as the word “gone” is in one stanza and “summer” in the next, only to be brought together in the speaker’s meditation as the compound “summer-gone.” Having this moment build up gradually allows the reader to be in the same space as the speaker, so that when “summer-gone” is repeated in one line, it is an inevitability.

A similar things happens in the line “I am cold in this cold house this house,” where the repetition of “cold” and “house” moves them from adjective and noun into the realm of an personal lexicon for this speaker. This repetition is a kind of nuanced linguistical desire and defiance that mirrors the conceptual themes of the poem, the speaker owning the experience through statement and restatement. When, later in the same stanza, the speaker says:

I am a woman, and dusty, standing among new affairs.
I am a woman who hurries through her prayers.

I can’t help but marvel at the juxtaposition of the longer, more punctuated line against the shorter line that follows. Here, sentence structure mirrors the speaker’s state of mind, assessing and taking in the “affairs” around her in one line, and feeling a need to “hurry” in the next. This kind of attention to the line fills Brooks’ work with lessons for both the heart and mind. 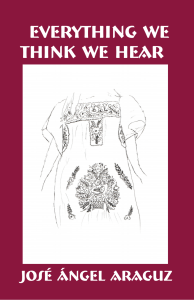 As promised, here is a sneak peek at the cover of my forthcoming collection Everything We Think We Hear, set to be released next week on December 1st. Stay tuned for updates and ordering information. For now, check out “Don’t Look Now I Might Be Mexican” (with audio!) published in Blue Mesa Review which will appear in the collection.

I’ve also been revamping the site a bit, making changes to make things more navigable. The more notable changes include the layout of the “poems” tab, which is updated to include some more recent publications, as well as the creation of tabs for “prose” and “tanka & co.” Under “prose,” there are links to book reviews I’ve done as well as posts for the Cincinnati Review blog and writing I’ve done on specific poems for journals (like this one for the Tahoma Literary Review – On “Spiderman Hitches a Ride” – the piece itself to be released next Tuesday). Under “tanka & co.” there are links to my publications in various Japanese poetic forms including this sequence of 39 tanka in Atlas Poetica (PDF). I’ll be working on gussying up the other tabs as time goes on.