One wading a Fall meadow finds on all sides
The Queen Anne’s Lace lying like lilies
On water; it glides
So from the walker, it turns
Dry grass to a lake, as the slightest shade of you
Valleys my mind in fabulous blue Lucernes.

The beautiful changes as a forest is changed
By a chameleon’s tuning his skin to it;
As a mantis, arranged
On a green leaf, grows
Into it, makes the leaf leafier, and proves
Any greenness is deeper than anyone knows.

Your hands hold roses always in a way that says
They are not only yours; the beautiful changes
In such kind ways,
Wishing ever to sunder
Things and things’ selves for a second finding, to lose
For a moment all that it touches back to wonder. 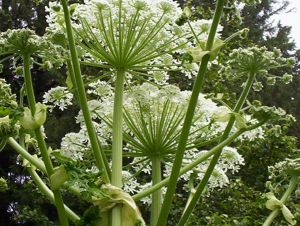 *
I remember first reading this poem by Richard Wilbur and just holding my breath: those last lines speaking sundering “things and things’ selves for a second finding,” speak to what I see as the crucial gift of lyric poetry. How, for example, even the word beautiful, a word poets in general are wary of, is reclaimed, refreshed in this poem, made a thing in motion. This is what Wilbur means.

Richard Wilbur’s recent passing has me thinking again on his work, on the poems that mattered to me as I read his books. A great formal sensibility and nuance. He, alongisde WH Auden, Donald Justice, and Rhina P. Espaillat, inspired me to go inside forms and find a pulse. Moving a person to go and write, that is one of the greatest compliments to a poet, and one of the greatest gifts the reading of poetry has to offer.

Below is my own poem inspired after my first reading of Wilbur’s poem years ago. I don’t know if I give anything back or refresh the word beautiful. This poem came in one of my seasonal sprees of bad sonnets. I do know that I wrote it at a time where the friendship invoked was one of the few things keeping me going. Which is another way friendship works, even at a distance. Engaging in the creative space of poetry writing brings one in communion with others who have taken the time to catch something of how the world “changes.”
*
The Beautiful Poems – José Angel Araguz

My friend set down to write the beautiful poems,
Set himself against lightning storms,
Against crowded rooms and bars where men belong
To each other and hold in an almost fist
Small shots of pain. In such a room, I lost him,
And he went on and became one among faces to remember.
The years have gone and I have yet to write
Much of anything myself; still, each night
I chase ghosts until the sky is an ember
And cracks, until I find myself thinking of him,
What he might be writing for the lovers who kissed
His eyes to visions. Tell me, is there no drink strong
Enough to unbolt proud hearts where only silence roams?
Tell me, are these the beautiful poems?