One of my favorite things about a reading and writing life is exploring how meaning gathers around words and self when we first read something, and then dwelling on how that changes when we reread things. The shifts between a first read and a rereading – especially when the two experiences are years apart – can be as dramatic as the shifting between tectonic plates, or as subtle as a turn of light as the afternoon grows late. 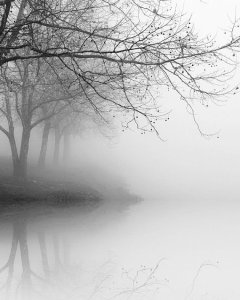 This train of thought naturally invites parallels with life, which is where this week’s poem, “Lost Loves” by Galway Kinnell, comes to mind. This poem invokes the idea of its title and then goes into unexpected specifics. First, Kinnell’s apt and inventive phrasing of “I lie baking / the deathward flesh in the sun” evokes a languishing sense of mortality. “Deathward” works both on a philosophical level as well as on an emotional one. The word makes one think about the biological functioning of the human body, about what is inevitable. The image of a door “banging in the wind” then leads to specific street names and poem titles which are, in this context, cast as lost loves.

The second section upends this somber dynamic by hitting different notes. Suddenly, the speaker is able to “rejoice”; suddenly there is change. When we get to the intense, primordial image at the end, life itself has shifted and is reread into something raw and hopeful. Love is not lost then, but recovered in the living.

On ashes of old volcanoes
I lie baking
the deathward flesh in the sun.

I can hear
a door, far away,
banging in the wind:

And yet I can rejoice
that everything changes, that
we go from life
into life,

and enter ourselves
quaking
like the tadpole, its time come, tumbling toward the slime.