Some good news: I am happy to report that last Friday, 1/20, I successfully defended my dissertation! This event marks the culmination of four years of effort, doubt, more effort, and study.

After I defended my dissertation, I found myself amidst a crowd protesting the inauguration, which was encouraging, until I saw at the top of the stairs one white student with a BUILD THE WALL poster, and another white student standing there angrily shouting out Trump’s MAGA slogan. I’d had a Skype interview at 9am, then the defense at 10:30am. I was stressed and disoriented, and made my way home in a daze.

The jarring/threatening-vibe continues this week with the executive orders put into place by the new president. There’s also an armed activist (non-student) on campus carrying four guns talking about the second amendment and asking students if he scares them. He’s been here since inauguration day.

What does this have to do with poetry? I share these stories to document what makes up the crucible in which my poems are presently being written in and my life is being led. I look forward to continuing making use of this knowledge and experience (of the PhD, of living in Ohio in 2017) in the service of others. People are made up of a complexity that cannot be simplified or diminished by slogans. Reading and writing poetry, teaching it in the classroom, all of it helps us to read in between the lines.

This week’s poem reflects the work of being “in-between.” The lyric is able to carry various stories via language that moves and challenges the reader to do some of the “walking working” themselves. The poem is at times song and narrative, but always human. By “walking working,” we make meaning out of words; by “walking working,” we persist, resist, and evolve beyond the narratives others would have us live by. 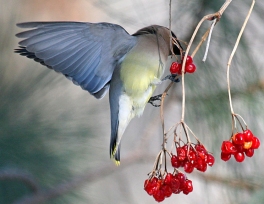 Yet the peach tree
still rises
& falls with fruit & without
birds eat it the sparrows fight
our desert
*
burns with trash & drug
it also breathes & sprouts
vines & maguey
*
laws pass laws with scientific walls
detention cells   husband
with the son
the wife &
the daughter who
married a citizen
they stay behind broken slashed
*
un-powdered in the apartment to
deal out the day
& the puzzles
another law then   another
Mexican
Indian
spirit exile
*
migration                     sky
the grass is mowed then blown
by a machine  sidewalks are empty
clean & the Red Shouldered Hawk
peers
down  — from
an abandoned wooden dome
an empty field
*
it is all in-between the light
every day this     changes a little
*
yesterday homeless &
w/o papers                  Alberto
left for Denver a Greyhound bus he said
where they don’t check you
*
walking working
under the silver darkness
walking   working
with our mind
our life
*
*
Happy life-ing!
*
José
*
* Poem published at Poets.org. Here’s a link to a reading of it by Herrera himself.

That’s right: I’ll be up bright and early – as I have been most of this week, what with orientation and syllabustering like crazy.

On that note, expect the Influences to become a bit looser, and more informal while I juggle  students.

As I mentioned last week, my birthday has me asking questions.  Like: what would my friend Dennis – who passed away three summers ago – think of where I am headed?  He told me once during a bout of undergrad existential angst: Get it together – only women can freak out AND still get things done.  You can freak out later.

The prose poem below by Eduardo Galeano speaks to how that good man stood (stands) in my life.

For many peoples of black Africa, ancestors are the spirits that live in the tree beside your house or in the cow grazing in the field.  The great-grandfather of your great-great-grandfather is now that stream snaking down the mountainside.  Your ancestor could also be any spirit that decides to accompany you on your voyage through the world, even if he or she was never a relative or an acquaintance.

The family has no borders, explains Soboufu Some of the Dagara people: “Our children have many mothers and many fathers.  As many as they wish.”

And the ancestral spirits, the ones that help you make your way, are the many grandparents that each of you has.  As many as you wish.

This week on the Influence: W. H. Auden.

Auden’s one of those guys I come back to in my thoughts, and whose words I butcher in conversation.

Like there’s the essay where he talks about how if you have a poet who writes because he believes strongly that he has something to say, let that poet become a politician, a journalist, or anything else because he doesn’t have a chance of becoming a poet.  But if you have a poet who is genuinely interested in putting one word next to another and seeing how they might affect each other, bleed into one another, then maybe – just maybe – that person might turn out to be a poet.

His writing – poems and essays – have been with me long enough to have become part of the layers of sedimentary rock that make up the floor holding up my writing self.  (As is evident, I am not so with the smarts as him!)

Usually the “some words” posts are made up of longer quotes, but I feel I have quoted, paraphrased, or said things shaped by the man enough throughout the Influence’s existence that I can do right by him best by simply admitting it.

His gift for aphorism is almost as great as Oscar Wilde’s.  But his distinction is how he will say a thing both sharp and true (Wilde seems to always be going for the kill).  Case in point:

In times of joy, all of us wished we possessed a tail we could wag.

He also has a sensibility about reading that makes him kindred with that other great reader, Jorge Luis Borges:

AND I keep finding more aptly said things – apt because with all the big moves going on in my life at the moment, I need to hear things like the following said:

You owe it to all of us to get on with what you’re good at.

Amen.  That might be my mantra for the next few years.

The following poem exhibits much of the same bite and vulnerable spirit that rings through in the quotes above.  Enjoy.

Looking up at the stars, I know quite well

That, for all they care, I can go to hell,

But on earth indifference is the least

We have to dread from man or beast.

How should we like it were stars to burn

With a passion for us we could not return?

If equal affection cannot be,

Let the more loving one be me.

Admirer as I think I am

Of stars that do not give a damn,

I cannot, now I see them, say

I missed one terribly all day.

Were all stars to disappear or die,

I should learn to look at an empty sky

And feel its total dark sublime,

p.s. PhD update: For those of you keeping up, I am happy to announce that me and mine are Cincinnati bound!

This week on the Influence: an update!

I have been busy the past two months applying to PhD programs.  The past two weeks especially were a crunch.  Preparing writing samples, writing soul-baring personal statements that also sound professional and career-oriented, the GREs – all of that plus the daily back and forth in my head about whether this is the right thing to do with my life and so on…

For these reasons, I’ve taken a more personal approach to the Friday posts during this time.

For this week, here is my poem “These Streets” originally published in Tiger’s Eye Journal, the good folks who publish my chapbook, “The Wall”.

This poem is the first solid poem I wrote when I landed here in Oregon back in 2007.  You can see the young Jose face to face with the Pacific Northwest for the first time.

It’s also a ghazal, a form which you can find more about here.

Leaves shuffle and whisper overhead, trash cackles in the gutter;
What cold things would they say if they could talk, these streets?

The river roils against black, stripped banks;
What do they take, shift, shame and rock, these streets?

There are colors and lines that show the way for cars;
Why, then, my unmarked path? I, guideless, stalk these streets.

José — why shed questions like tears about these streets?
Sorrow, like oil, leaves its stain; blackness and iridescence mark these streets.

This past Wednesday I wrapped up the last of the applications – and suddenly it’s Christmas.  I’ve been to two holiday parties so far this month, which should have been a clue as to the time of season.  In the holiday spirit, here’s a sweet photo:

That’s me and my girl at a coffee shop.

As you can see, I’ve very much warmed up to the Pacific Northwest.

Happy holidays to you and yours!

It's come down to this. #fallsemester Image description: a hand holding a badge that reads "my wife is immunocompromised please stay 6 feet away."
Loading Comments...
%d bloggers like this: