This week’s poem “Flutter” by Iskandar Haggarty comes from his online chapbook There Are No Women In Our House (Praxis Magazine) and is a great example of how a lyric sequence can range in dynamic both conceptually and structurally. In terms of concept, Haggarty keeps the imagery “in the air,” so to speak, across the three sections of the sequence, charging the poem with the flutter of “sparrows” and “fireflies” as well as the expansiveness of a sky that includes moon, planets, and constellations.

This in the air work is furthered in terms of structure by the use of three line stanzas, or tercets, throughout. The sequence goes from four tercets in the first section, to three in the second, and two in the last. This consistency varies within each section by having a single line conclude each one. 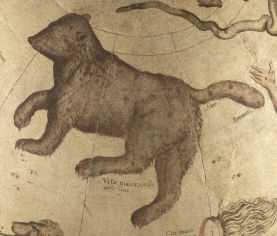 This structural work creates a visual shape that has the eye “flutter” along with the concept, both moving the reader through the poem’s lyric narrative. The result is a poem that surprises by what it can evoke through its turns and images. From awe to “morning sadness” to finally wonder, this lyric sequence creates its intimacy in an indirect yet vivid manner.

Your mother had
sparrows
tangled in her hair

and fireflies
trapped inside
her vocal cords.

Every morning, she’d
awaken before the moon
had slumber in its eye

and lightly brush your
snoring father’s
head full of Saturn

Your mother was made
of ashes and was married
to the stars.

Each night, she’d rain down
from Ursa Major,
sprinkling the edges

of thunderbolts
and canopies,
fertilizing the soil

Your mother was
the daughter of
Jupiter.

Really? I asked,
my eyes full of
crescents.

The butterflies in Grandpa’s eyelids smiled.

See the giveaway details
at Goodreads.

One thought on “in the air with iskandar haggarty”