One of my favorite happenings in a poem is when something seemingly distant from our personal lives is brought closer. This week’s poem, “Earth Tremors Felt in Missouri” by Mona Van Duyn, is a profound meditation of a far-off quake deemed “nothing personal.” The speaker in this poem pushes against this assertion and interrogates the possible meanings of the tremors felt. The poem becomes a space for lingering and dwelling, the most exquisite moments of which happen in the second stanza:

But the earth said last night that what I feel,
you feel; what secretly moves you, moves me.
One small, sensuous catastrophe
makes inklings letters, spelled in a worldly tremble. 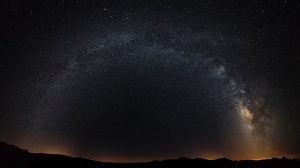 Here, I’m moved by the turn from the outside world to the inner workings between two people. Not only is the natural occurrence put in terms of a relationship, it becomes conspiratorial. When the speaker notes “what secretly moves you, moves me” and makes it a suggestion from the earth itself, the far-off motion of a quake is juxtaposed with desire. Suddenly what is privately known is, for a moment, potentially exposed.

That the form of the poem is a sonnet further adds to the conspiratorial argument. In fourteen lines of rhymed and nuanced pacing, we are invited into the tremors of another’s thoughts.

The quake last night was nothing personal,
you told me this morning. I think one always wonders,
unless, of course, something is visible: tremors
that take us, private and willy-nilly, are usual.

But the earth said last night that what I feel,
you feel; what secretly moves you, moves me.
One small, sensuous catastrophe
makes inklings letters, spelled in a worldly tremble.

The earth, with others on it, turns in its course
as we turn toward each other, less than ourselves, gross,
mindless, more than we were. Pebbles, we swell
to planets, nearing the universal roll,
in our conceit even comprehending the sun,
whose bright ordeal leaves cool men woebegone.