One of the things to note about this week’s poem, “A Note Downriver” by Marilyn Hacker, is its use of Sapphic stanzas to evoke longing via nuanced meditations. A Sapphic stanza, named after the Greek love poet Sappho, consists of three lines of eleven syllables each (with stresses on the first, fifth, and tenth syllables) and a truncated fourth line of five syllables (stresses here on the first and fourth). 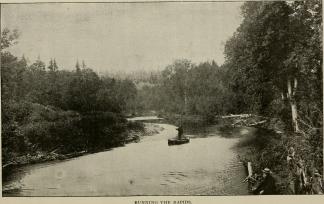 In light of the complexity of this stanzaic structure, I can’t help but marvel at Hacker’s use of it here in a poem essentially about a hangover. The stress on the first syllable of each line adds a troubled conviction to the speaker’s voice; their ruminations come off in a controlled yet shaky manner. This shakiness is augmented by the form, leading to such lyrical utterances as: “I feel muggy-headed and convalescent, / barely push a pen across blue-lined paper.”

The leap in phrasing and logic here evoke a struggle beyond language. At the precipice of articulation, articulation feels hindered; “push” is echoed by the nearby “scowl” and the later “grouse” and “growl.” This reading of echoes is furthered by the ending metaphor of rivers speaking, literally having the last, troubled word.

Afternoon of hangover Sunday morning
earned by drinking wine on an empty stomach
after I met Tom for a bomb on Broadway:
done worse; known better.

I feel muggy-headed and convalescent,
barely push a pen across blue-lined paper,
scowl at envelopes with another country’s
stamps, and your letter.

Hilltop house, a river to take you somewhere,
sandwiches at noon with a good companion:
summer’s ghost flicked ash from the front porch railing,
looked up, and listened.

I would grouse and growl at you if you called me.
I have made you chamomile tea and rye bread
toast, fixed us both orange juice laced with seltzer
similar mornings.

We’ll most likely live in each other’s houses
like I haunted yours last July, as long as
we hear rivers vacillate downstream. They say
“always”; say “never.”